A few weeks ago, I attended the Maralal Camel Derby festival. Other than the Camel race in Maralal, the Camel race also happens in Dubai. Judging by the multitude that turned up for the event, I could tell that this was an important date on the Samburu county calendar. This post is for you if you are thinking of attending the Camel Derby as you need to know the ropes to decide whether to participate in the event or not.

Catch up: Experiencing a cultural weekend in Samburu 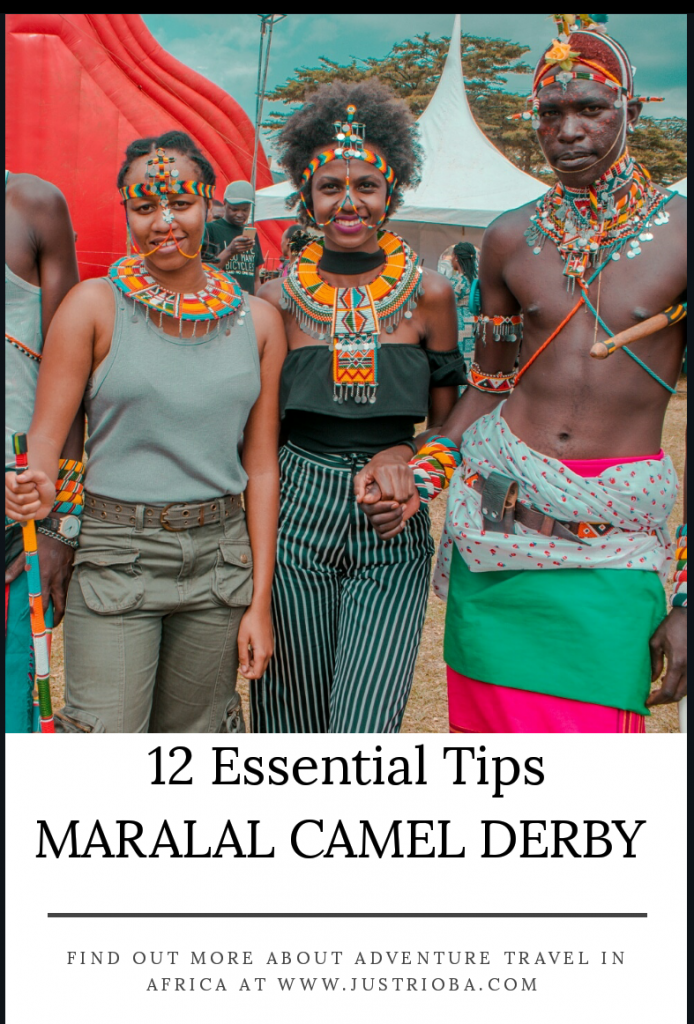 #1.What exactly is the Maralal Camel Derby?

As the name suggests, the Maralal Camel Derby is a camel race that attracts participants and spectators from different parts of Kenya and the world. As it’s a race, there are cash prizes for the winners. For spectators, the Maralal Camel Derby is an exciting opportunity to interact with the Samburu people also know as the “butterfly” community thanks to their vibrant clothes. 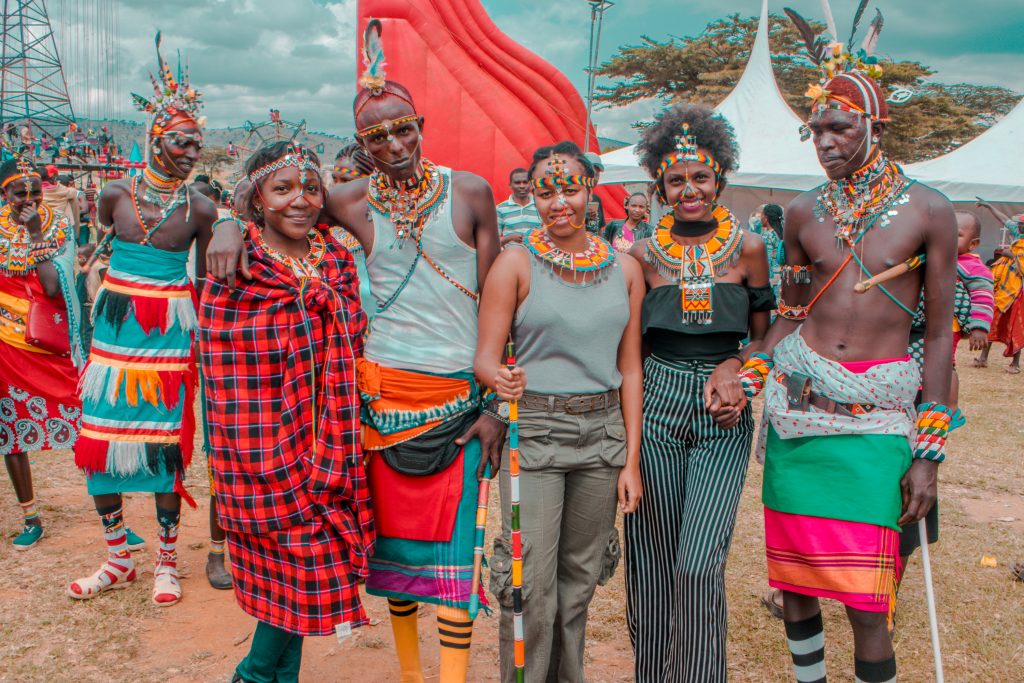 What exactly is the Maralal Camel Derby?

#2 When is the Maralal Camel Derby?

It’s a three-day annual event that happens sometime in August. In 2018, the derby occurred from the 31st  August to 2nd September

#3 Do you need tickets for the Maralal Camel Derby?

Catch up: All you need to know about travelling to Samburu

#5 What happens at the Maralal Camel Derby?

What happens at the Maralal Camel Derby?

Samburu county is scorching hot. By the time I arrived at the flag off point, I had called out myself for wearing black. There was already a massive crowd of people waiting for the most significant event in the Samburu community to kick off. I reckon the day to day activities of this town had come to a standstill. Some Samburu men and women came dressed for the culture. They entertained the crowd through songs and dance. 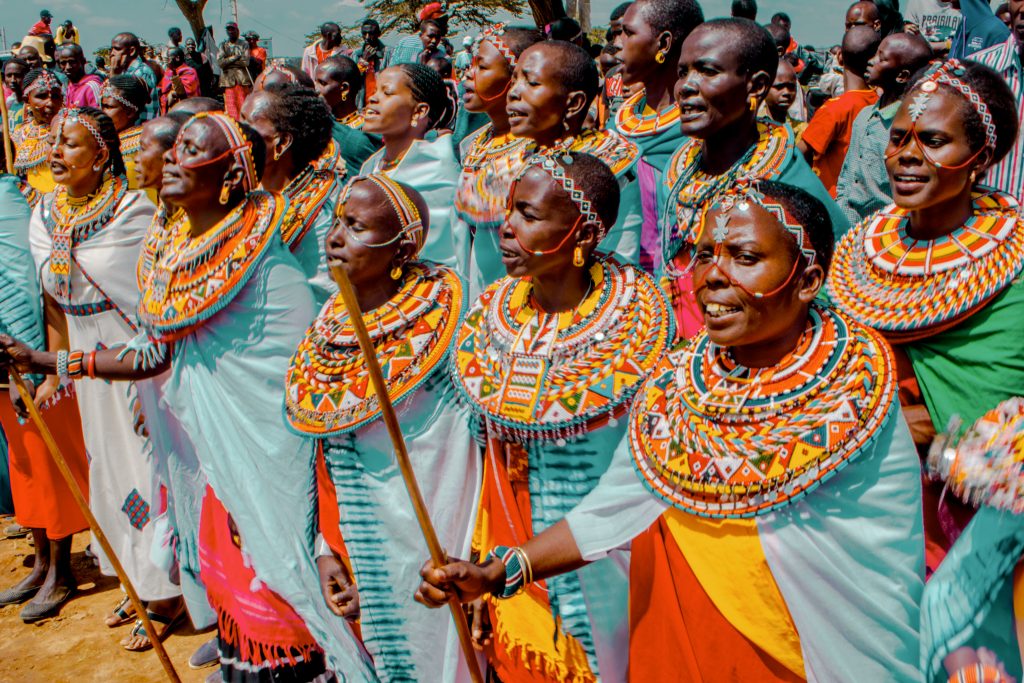 The flag off was meant to be at nine am, but there’s this cute thing that Africans do call “African timing” So we waited, and the sun did not spare us. There were tonnes of armed security officers to regulate the crowd but thanks to the DSLR Camera I had, I automatically got the “press tag” and blended in with the journalists.

After what seemed like hours, the journalist shifted their focus from taking photos of the participants on top of the camel to sprinting towards the opposite direction to photograph God knows who. For a second I contemplated playing in character and running with them.

It would take a few seconds to see the current deputy president and the Samburu county governor making a grand entrance on top of camels. The governor looked calm, something that he is used to but the deputy president’s face told a different story. His face screamed: “this is a bad idea, please save me.”

He then flagged off the race and retired to a tented area to join other leaders who would take turn delivering speeches on the importance of the Camel Derby to tourism, and as usual, political discussions came up.

The races are grouped in to the amateur race and the expert race. You are required to pay a fee to participate. There will be a prize waiting for you should you emerge the winner. Amateurs get a handler who guides the camels on the dusty race track. Sometimes the camels will move in the opposite direction or run into a bush but who is complaining?

Personally, I would not participate in the camel derby race. It’s the ruthless thrashing of the camels that bothered me. Have you heard a camel wail? Now imagine dozens of camels wailing in pain handlers are hitting them.

Later I caught up with an amateur participant regarding his experience and this is how the chat went:

He points to his nethers and says “These babies almost got crushed today. I am in pain.’

This got me to thinking, how comes humans do not ride the camels when the race happens in Dubai. What do you think? Should we ride camels during such races? I would like to hear your opinion in the comments section.

Should humans ride camels during the Maralal Camel Derby?

Other races include a marathon, horse riding, and bike riding. 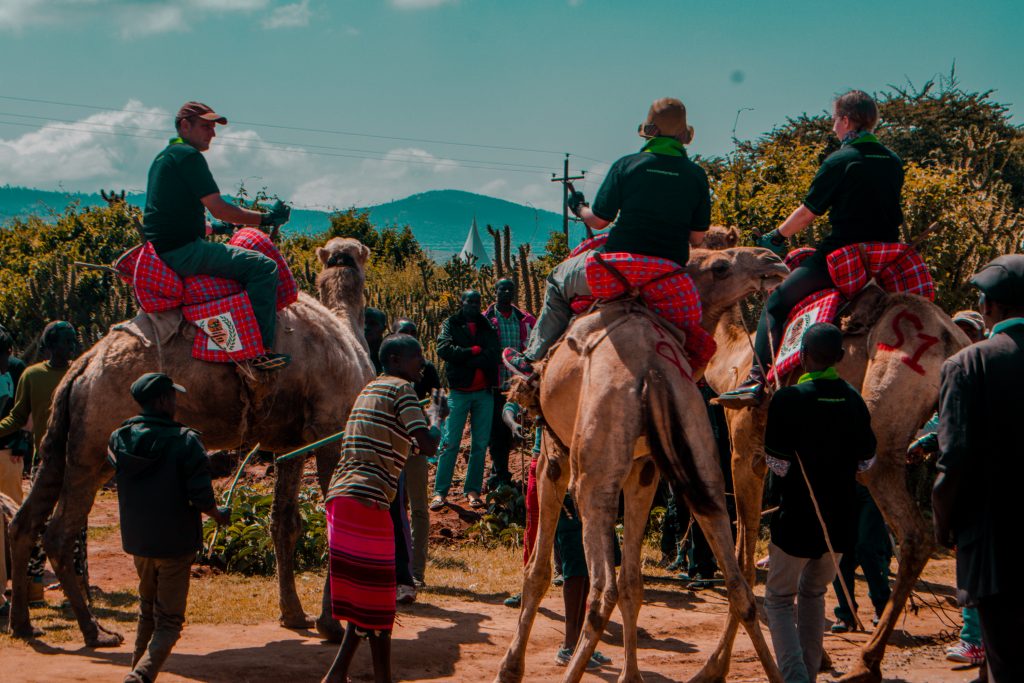 There is a section dedicated music, dance, food and stalls selling Samburu’s cultural outfits and accessories.
The event attracts a multitude of young people. It’s a no-brainer that partying happens 24/7.

You will have the opportunity to interact up close with the Samburu tribesmen and women. Some will have red ochre smeared all over their bodies.  The primary objective of this event is to showcase tourism in Northern Kenya, and the highlight for me was meeting and talking to the Samburu people for the first time in my life. The Samburu people no longer move from place to place in search of greener pastures and most have established permanent homes as opposed to the Manyattas they previously lived in.

Other things to note

Would you attend the Maralal Camel derby?